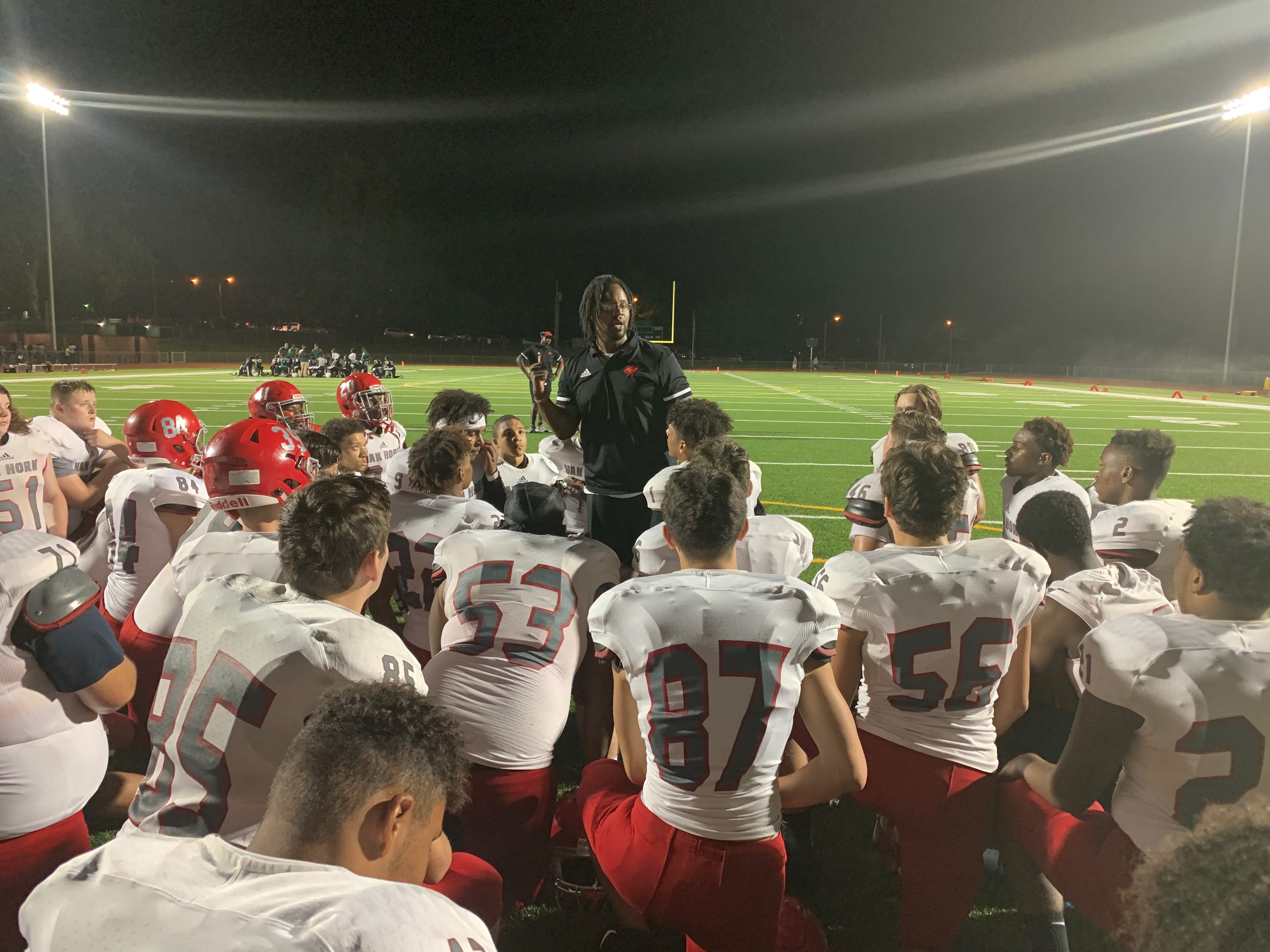 The Falcons escaped a season-opening upset by the East Bears, 28-27. The game was decided in OT by a brave decision to go for two, trailing 20-27 by Head Coach William Harris. The Falcons rushed for a TD, narrowing the gap to 26-27. The Falcs then completed the two-point conversion to win the game.

The Falcon gridiron gang did not play impressively, with four turnovers in the game, but they did look great. The Falcons dwarfed the East squad with over sixty players to the twenty of the sideline for the Bears.