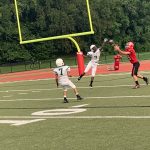 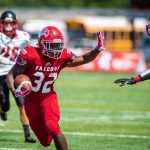 The Falcons sprinted to a 40-0 halftime lead, ultimately winning 48-6 over the Butler Bears.  The Falcons are now 2-0 on the season.  It was another stingy effort by the Falcon defense.  This week the offense steamrolled to 304 rushing yards, and several big plays in the passing game.  The Falcons will be on the road 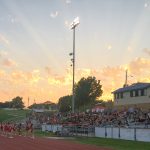